You'll need a license to get started with Rasa Pro. Connect with a Rasa expert

Not sure if you need Rasa Pro yet? Try it for free

For example, in the below diagram, tracing is run as a hook implementation in Rasa Plus, whose specification is defined and registered in Rasa Open Source. 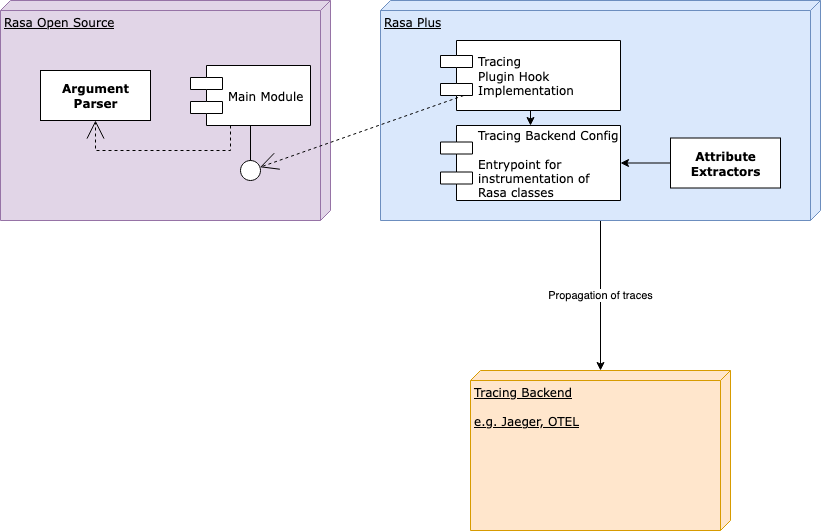